Sean Baillie is a Platinum Award winning Producer/Composer/Guitarist, who has worked in the Music industry for the past 25 years. A graduate of the Berklee College of Music in Boston, MA. As a Composer for TV and Film, Sean Baillie has scored several Feature Films including Award winning Anchor Baby The Domino Effect and Shades of Blue and composed the music for over 130 plus Television series to date such as AMERICAN IDOL, HELL'S KITCHEN, BIG BROTHER, ULTIMATE FIGHTER, DIRTY JOBS, AMERICAN CHOPPER and many more. 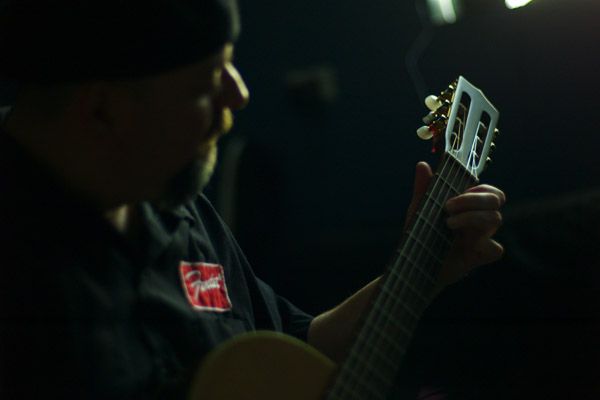 As a Producer/Engineer Sean earned a Multi Platinum Award with Warner Canada for his work on Women and Song 7 and has worked with several Artists including Ashlely MacIsaac, Pocket Dwellers (EMI) and Revolver (SONY/BMG).In 2006 Sean won the USA Songwriting Contest with All the Brightness for best Rock song "Never You" which was also featured in Sony Pictures "The Roommate", as a music video on Muchloud, in Vin Dieasel's video game “Wheel Man” and was in the CBS's drama "Shark" with James Woods.

Sean has acted as the Musical Director and Lead Guitarist for over half a dozen North American bands and toured with the likes of Dave Matthews, Hootie and the Blowfish, Elvis Costello, Vertical Horizon, Fuel, The Corrs, Joan Jett and Georgia Satellites just to name a few.....

Musique Corazon does not own the video rights, for promotional use